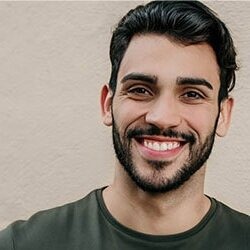 Jonathan is a 24 year old dancer, born and bred in the beautiful island of Puerto Rico. He began his training later in life at the age of 14, but this did not slow him down as he quickly became proficient in various dance styles such as: Hip-Hop, commercial, salsa, jazz, contemporary and others. He started his professional dancing career within the commercial scene at the age of 16 under the direction of renowned choreographer Danny Lugo. Dancing for artists such as "Jowell y Randy”, Victor Manuel, Andy Montañez and other radio events showcasing a variety of artists and performances. After some years working the commercial industry, Jonathan ventured out to sea where he would begin his 5 year long career as a cruise ship performer for Princess Cruises; having the pleasure of performing numerous shows by choreographers like Al Blackstone, Liz Imperio and Danny Teeson, all while seeing the world. Now, his latest adventure takes him to Malasya where he will be a part of the first ever cast to perform in the brand new Resorts World Genting theme park. Jonathan's passion for dancing is matched by his passion for fitness and traveling, it's because of his adventurous nature that he ended up being apart of the DIO family; a place full of love, fun and acceptance for one another. Which is why he wants you all to feel as welcomed as he did! And encourages you to take risks because they often result in life changing experiences! So get up and move with us DIO Fam!