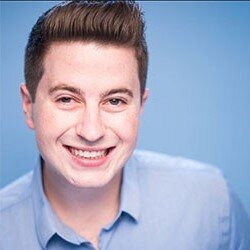 Bradlee Laight is a native of Pittsburgh, Pennsylvania. He grew up dancing at his family’s dance studio, Houck Dance Studio by Ariel, where he won numerous regional and national dance competitions! As a child performer, he performed with the famous Radio City Rockettes in the Christmas Spectacular, Denise Austin’s workout video and appeared in a Comcast cable commercial with the Pittsburgh Steelers. His most recent credits include Elf the Musical National Tour, 42nd street and touring with Disney’s Pj Masks (Catboy). Bradlee is thrilled to be apart of the DIO family and he’s so excited to Dance It Out!